After my last trip to Africa spent on assignment among tribes and wild animals, I had a long 18 hours layover in Dubai before heading back to Europe. I always wondered what that city was like but I could never picture it fully for some reason.

I landed at 9pm and took a cab to my hotel. I really really needed some sleep after the non stop weeks of work in Africa, I was exhausted to say the least and I was definitely looking forward to get some rest and finally taking a hot shower and in a fully functional bathroom! 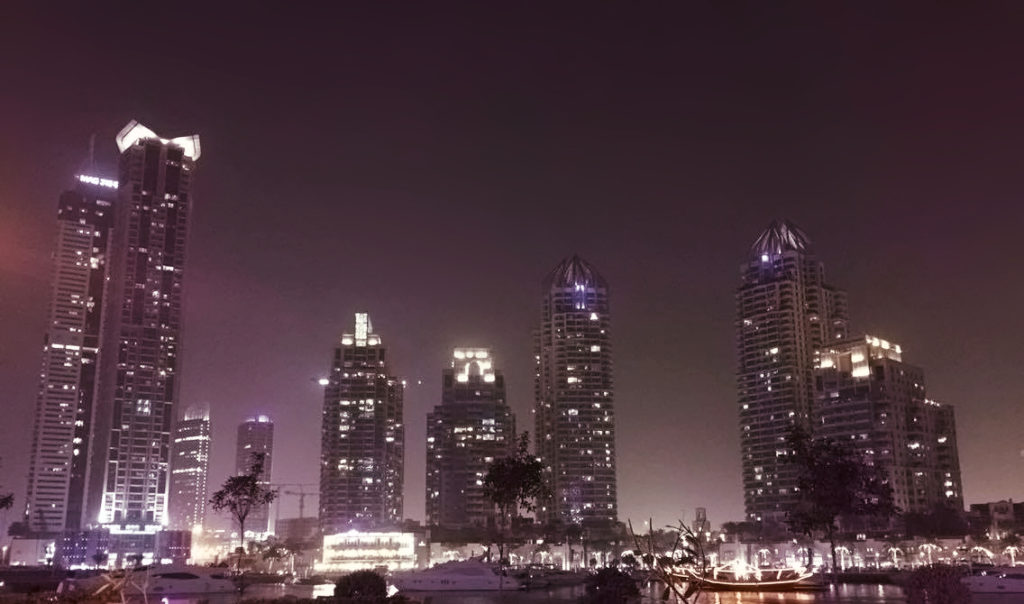 While strolling through the lights and the big skyscrapers downtown a deja vu feeling creeped up on me and then I suddenly realized that Dubai was basically a much bigger, much nicer, much cleaner Vegas…without the Casinos and the strippers and all the white-trash craziness! (I actually lived in SinCity for a whole year at some point of my life, but this is a story for another time!).

In the morning I went out to explore the city for the remaining 4 hours I had left before having to head back to the airport.

Here’s what I learnt about Dubai in my 18 hours there.

WHERE TO STAY:  Depending on budget either hotel (starting at $60 per night) or airbnb (apartments or private suites start at $40 per night)

AIRPORT:  The Dubai International Airport(DXB) is about 30 minutes away from the city by taxi or metro. This is by far the better looking airport I’ve ever seen.

LANGUAGE: Arabic is the official language in the UAE but English is spoken everywhere in Dubai.

It’s always best to have some cash on you (cabs don’t take cards) but cards are accepted almost everywhere. There are plenty of ATMs around.

HOW TO GET AROUND: Metro or taxi.

I didn’t have enough time to go see what I really wanted to see: the souks , the desert, and the Marina. So I settle for a much less exiting itinerary: The Dubai Mall, the Aquarium and the Burj Khalifa. These places are great if you are into shopping and touristy things but I always prefer to experience a country from a more local perspective. 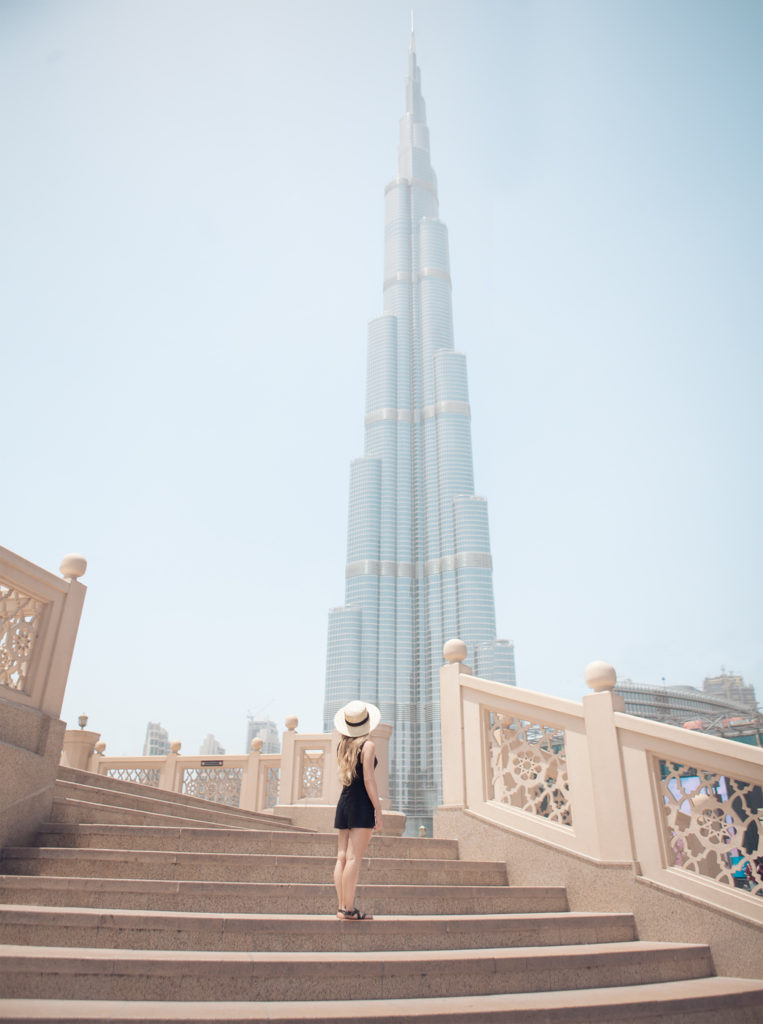 This place is gigantic and—beside having any kind of store you can think of and beautiful decorations and fountains—it also has a wide range of entertainment options: multiple cinemas; an Ice rink; an indoor theme park with arcade, video games, rides & sports-based games; A dancing fountain (like the Bellagio fountain in Vegas) and an Aquarium & underwater zoo. 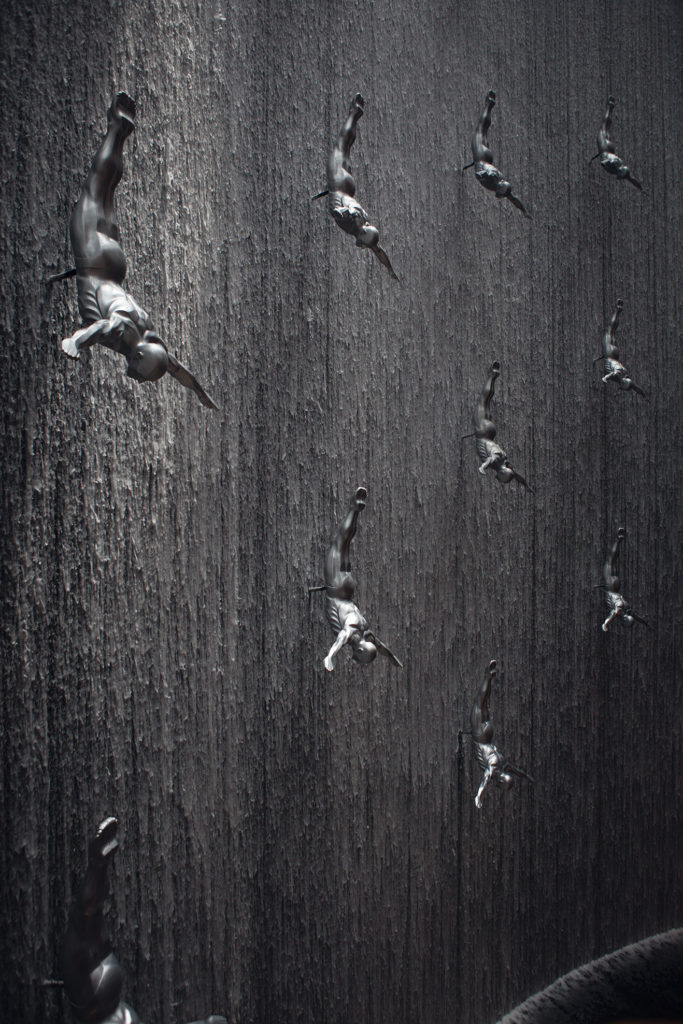 Located inside the Dubai Mall, the aquarium is composed by an underwater tunnel, several exhibitions and a small marine zoo (with crocodiles, penguins and all sorts of sea creatures). It’s also possible to take scuba diving lessons and either shark dive or, if you’re not that adventurous, do some cage snorkeling. Tickets start at around $30.

I’ve been wanted to create an image in an aquarium for a very long time and this was the perfect occasion! 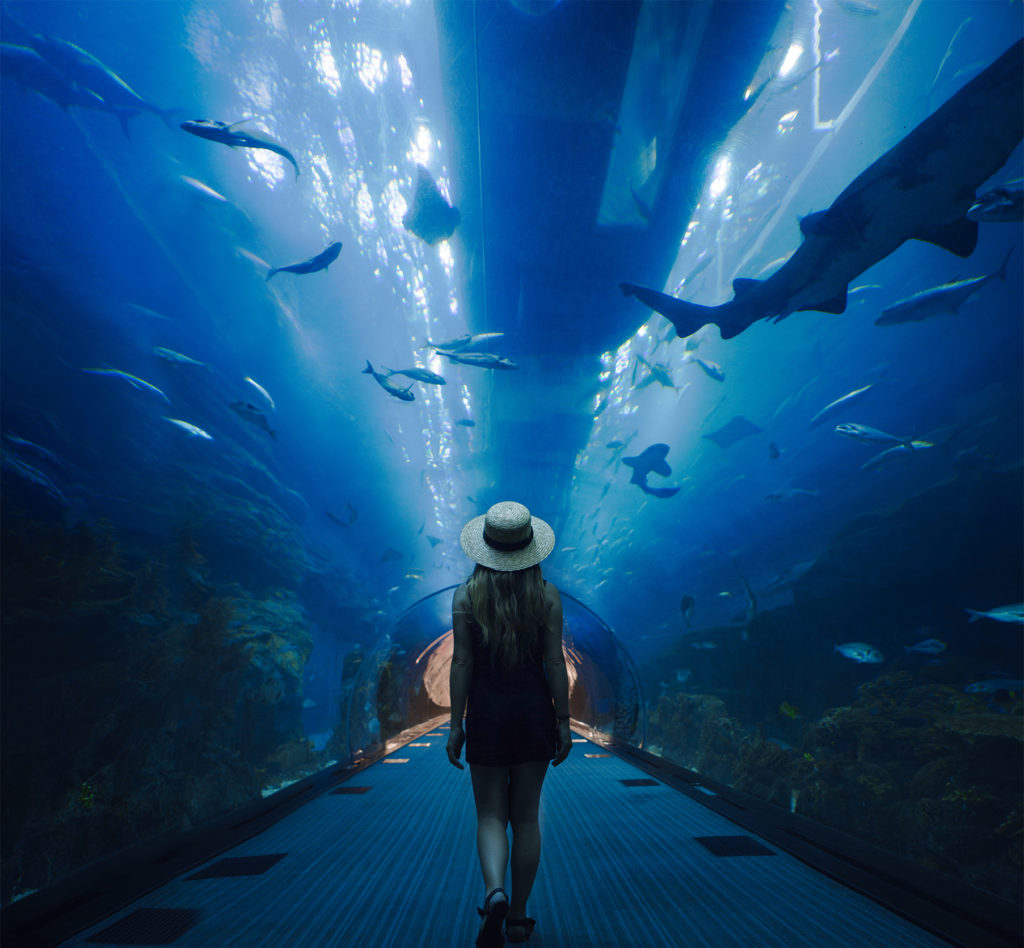 I definitely didn’t have enough time to really get to know Dubai. My deja vu feeling was partially right: there are many similarities between Dubai and Vegas: they both share the same excruciating hot desert weather, they are both very artificial and almost everything revolves around shopping and entertainment. But Dubai is a much much much better looking and better functioning city: the public transport system is great, everything is incredibly clean and functional, and of course there are no drunk, belligerent half naked morons on the verge of vomiting, cluttering the streets!

I don’t think I could spend too much time in a place like this, but I’d like to come back and experience the more local side of Dubai next time. I’m sure there will be another layover at some point of my adventures!